In 1987 the leaders of the world got together to cure the hole in the Ozone Layer that threatened humanity. Faced with global climate change, people riot over carbon fuel taxes that might save the planet’s weather from becoming as hostile to life as our neighbour Venus. What can be done? 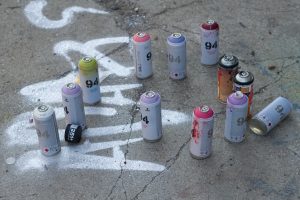 According to the US State Department, which led moves to tackle the ozone hole, “The Montreal Protocol has proven to be innovative and successful, and is the first treaty to achieve universal ratification by all countries in the world. Leveraging worldwide participation, the Montreal Protocol has sent clear signals to the global market and placed the ozone layer, which was in peril, on a path to repair.” It goes on to point out that the treaty, results “in avoidance of more than 280 million cases of skin cancer, approximately 1.6 million skin cancer deaths, and more than 45 million cases of cataracts in the United States alone.”

Like 1987, we are in a point of global crisis due to humanity’s excesses. Basically we’re stuffed unless we move and move quickly. Unlike 1987 with regard fossil fuels we are behaving like lost junkies who know the next injection could kill them but fear cold turkey withdrawal even more. The US elected a climate change denier, and even the EU and its relatively more educated leaders can’t quite bring themselves to end our addiction to rotten dinosaurs.

France made a move in the last week. The people didn’t like it and riots have spread across the country. My lefty friends forget the genuine need to tackle fossil fuel crisis and side with the rioters! As much as I question Macron as a President’s politics, I can’t help but side with him on this one – to a point. The rioters aren’t just going at him over fuel taxes but his wider neoliberal attack on working conditions and the economy. The neoliberal media have cleverly forgotten that part!

Policies to clean up our act 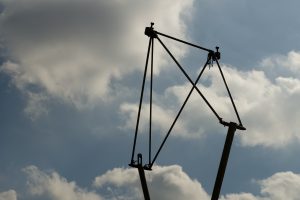 Unless you offer a workable solution to a problem you can’t just beat people into submission. You need a whole-problem approach to tackling climate change while not oppressing those at the bottom. Let’s throw around some ideas:

There are dozens more policies besides these. Individual governments – from city councils to the European Union level – can act without recourse to treaties. If the EU took the attitude of ‘lead, follow or get out off the way’ in its environmental agenda then others may wake up and follow suit!

As a writer and hard-bitten campaigner I honestly despair at the problem we face. What will my 3 year old daughter face as an adult? Will she be killed by climate catastrophe? I have nailed my colours to the mast as an individual by hoping that capitalism can cure itself through the green economy. That governments will see the green economy as a competitive and viable solution to the fossil fuel economy. Sadly the cynicism I now face in my 4th decade argues that corrupt politicians will be bent by lobbyists who have no interest in the welfare off anything beyond their own bottom lines.

Where government fails we need solutions as people. What can we do as people? We can do our bit through the advice we see in the news and online. Possibly most importantly we can go to the ballot box and register our views over a corrupt politician and in our spare time work with activists to keep climate change visible.