BUSINESS ANALYSIS – When it comes to the future of electric car manufacturer Tesla, optimists and pessimists are diametrically opposed.

The optimists are going all-in with their support for the electric car maker, while the pessimists see a fast bankruptcy coming. Tesla is currently burning a lot of money and is not sufficiently successful in attracting new investors to absorb these losses (which have now totaled some 20 billion dollars).

Tesla is often seen as a technical brand but is essentially a electric car manufacturer nevertheless, Tesla’s appreciation is more like that of a fast-growing tech company and the brand is actively followed by people who are also passionate about issues such as social media, fintech and crypto coins. 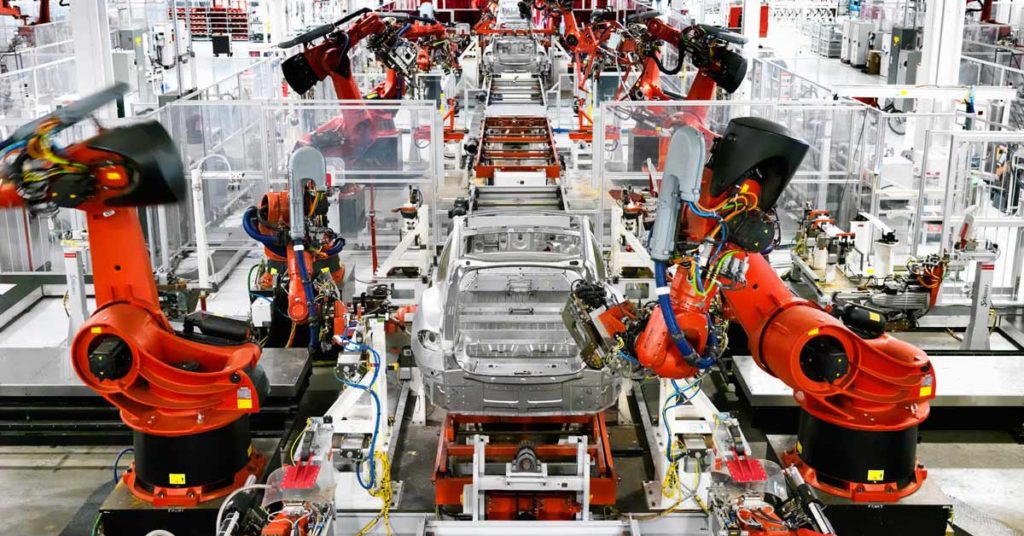 Meanwhile, there is also the traditional car industry, which has made a nice comeback since 2010 after the hard blows during the financial crisis. The four traditional companies – General Motors (GM), Ford, Fiat Chrysler Automobiles (FCA) and Ferrari – have been swimming in money again in recent years.

A salient detail: both GM and Tesla went to the stock market in 2010, but since then Tesla has not made a profit in any year, while GM’s combined profit is more than USD 70 billion.

GM’s and Ford’s shares have not performed well compared to the market as a whole. Tesla has in fact rewarded brave investors.

Since the initial public offering of Fiat Chrysler Automobiles in 2014, the value of its shares has risen by almost 275%. A Ferrari share, which came on the stock market after leaving FCA in 2015, has since increased by 140 percent.

The yields at the traditional car manufacturer are fairly risk-free, while those of Tesla are not at all. Even if you had expected better results from Ford and GM, you as an investor were compensated with dividend payments and buyback of shares.

Tesla supporters will tell you that you need to learn to think differently in order to understand the potential of the company. Tesla boss Elon Musk is a visionary, his cars are mobile computers.

That sounds like a story, but Tesla’s problems have nothing to do with the narrative. The company falls short of fundamental points, such as its ability to effectively build a medium-sized sedan (the Tesla Model 3).

Other established car manufacturers could produce hundreds of thousands of cars in the short term, but Tesla has been closely monitoring the work on a few thousand a week for a year now.

Let’s take a closer look at the ways in which Tesla differs from a ‘normal’ car brand in a worrying way:

Ford’s clear aim is to mimic Tesla’s appeal on the stock market. Changes in management led to the departure of CEO Mark Fields last year and his replacement by the more visionary personality of Jim Hackett.

But Ford also makes the best-selling vehicle in the U.S., the F-150 pickup truck. The F-150 is produced in dizzying volumes and is sold almost a million times every year. And although the price of the F-150 does not come close to what Tesla charges for the luxury Model S and Model X, Ford makes a huge profit with it.

The sale of the F-150 can sometimes end up in a dip, but in general, it is a very strong product. Ford can always count on it, as a kind of insurance.

Tesla, on the other hand, has probably already peaked in the luxury segment and is now having to conjure up an almost impossible stunt: selling hundreds of thousands of electric sedans to a market that has little need for electric cars. (which make up only 1 percent of the world market) … and does not want sedans.

The FCA has already given up on the sedan in the US and Ford is moving in the same direction. GM is likely to make the decision in the coming year and Ferrari will not sell sedans anyway.

Tesla has promised to introduce a crossover SUV on the market, the Model Y, but at the moment the company has no place to build that vehicle. Tesla has to make his F-150 out of the Model 3, and that’s just not going to happen.

Like Tesla, Fiat Chrysler has a strong CEO in the person of Sergio Marchionne. But unlike Musk, Marchionne is a trained accountant who understands the greatest risks for a car manufacturers: debt and the spending of cash.

Since the acquisition of Chrysler, which received help from the U.S. government and ended up in bankruptcy proceedings, Marchionne has focused on making the Jeep brand profitable. The RAM pick-up still ranks third behind Ford and Chevy/GMC in terms of market share.

Marchionne has thus generated the cash flow it needs to pay off Fiat Chrysler’s debt and get the balance of the car manufacturers in order. It is not very complicated. When he took office, he found a dramatic company balance, but was able to make a fresh start and did what he had to do to turn the company into a solid fortress.

The shares of Fiat Chrysler have performed three times better than Tesla’s over the last two years.

The major difference between Tesla and Fiat Chrysler is that the former is run as a Silicon Valley casino which has remained solvent because it used Wall Street as a cash dispenser. Fiat Chrysler is precisely what is most tightly controlled by all car manufacturers, with well-defined financial goals that have all been met.

If you are looking for a CEO to lead Tesla when it goes bankrupt and Elon Musk is sent away, then Marchionne is your man.

Sergio Marchionne is also the CEO of Ferrari. But the contrast between the Italian car manufacturers and Tesla becomes clearer when you look at the similarities between the two brands, rather than the differences in leadership.

Ferrari, like Tesla, is a brand built on a story. For Ferrari, car racing is that story. Ferrari has sold enough regular cars since the middle of the last century, and for a lot of money too, but at its core it’s all about winning Formula One races.

That mission is being pursued with the utmost concentration. Ferrari’s Formula 1 Bolide is actually the only Ferrari that really matters. Without it, there is no business case for the expensive luxury cars.

Tesla resembles Ferrari in terms of its portfolio. There are only three cars from the Tesla factory and Ferrari produces only five different cars. There is also a vision behind Tesla, although that has nothing to do with winning races. Tesla is more about Musk’s desire to speed up the departure from the fossil energy era and to combat climate change.

It would make sense for Tesla to follow the example of Ferrari, but unfortunately it does not. Tesla wants to become the next GM or Toyota and produce cars in massive numbers.

Tesla is bigger than Ferrari – which sells fewer than ten thousand cars per year – but Tesla’s are also much less expensive. An entry-level model from Tesla costs less than 85,000 euros, while the cheapest Ferrari costs 170,000 euros.

Musk would of course like to be half Ferrari, half GM, but that’s not possible. The unfortunate thing is that while Ferrari is only just starting to think about electric driving, Tesla has been there for a long time. The problem is that the boss of Tesla cannot accept a fate as a small brand.

So what does it boil down to?

The hot issue for Tesla is that it has spent billions, while the American car industry as a whole has been doing very well in recent years. The other mentioned car brands sell profitable pickups and SUVs, while Tesla keeps promising that the negative trend will be reversed.

Ferrari has experienced one of the most successful IPOs in the history of the car manufacturers industry and has also shown good profits. Tesla’s own IPO in 2010 should also be seen as a huge success, but the stock price contrasts in a depressing way with Tesla’s financial results.

I have followed the discussions between Tesla’s supporters and critics in the past few months and have increasingly focused on what I think is the most fundamental question for a car manufacturer: are you able to make a profit in an industry where it should be possible to do so?

The traditional car brands can answer this question affirmatively, but Tesla cannot.

If that situation does not change quickly and Tesla does not start to make a structural profit, Tesla will not survive as soon as the current market conditions change and the car industry as a whole has to absorb losses again.