Nextbike GmbH from Leipzig – according to their own statement being Germany’s largest bicycle rental provider and European market leader – announces that 40,000 new bicycles will be manufactured by Sachsenring Bike Manufaktur GmbH in Sangerhausen this year.

„We are very glad about the cooperation with Sachsenring. However, we also still assemble our bikes in our own production facility in Leipzig. The demand for our bike sharing system is immense. Our order books are full to the brim“, Ralf Kalupner, CEO and founder of nextbike GmbH, says. 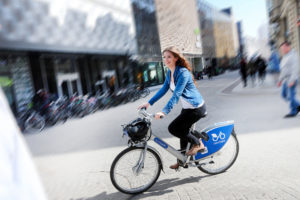 “In order to be able to further on serve this growing international demand, we have found a strong partner in Sachsenring Bike Manufaktur, which has both know-how and large production capacities. The short regional distance is also very helpful to rapidly coordinate and discuss issues. Furthermore, it is also important for us as a customer that Sachsenring Bike Manufaktur understands and reliably implements the special quality requirements in the production of rental bikes”, Ralf Kalupner added.

More than half of these bikes intended for the German and European market are e-bikes. 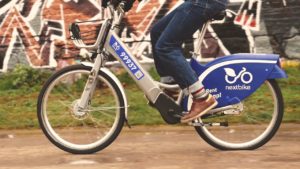 “The matter of bike sharing will tremendously increase in the coming years”, Stefan Zubcic says, CEO of Sachsenring Bike Manufaktur GmbH. “All the more, we are pleased to be able to serve this trend by producing bicycles and e-bikes”, Zubcic added. “This goes well together with our current strategy of actively offering our comprehensive manufacturing capabilities for assembly services.”

Sachsenring Bike Manufaktur GmbH:
Sachsenring Bike Manufaktur GmbH located in Sangerhausen (Saxony-Anhalt) is a German manufacturer of bicycles with 112 years of bike producing tradition and with extensive production capacities. The company with approximately 180 employees offers a wide range of bikes, from low priced entry models up to premium bikes. The product portfolio also covers a nationwide after-sales and service support. Famous brands, such as Steppenwolf, GRACE, VAUN, Jung etc., are a tremendous part of the business success. All bike parts will be purchased from well-known national and international suppliers and are assembled at the only production site in Sangerhausen. Operative business as well as administration and logistics are also coordinated at the only production site in Sangerhausen. Sachsenring Bike Manufaktur GmbH belongs to the Sachsenring Group.

Nextbike GmbH:
nextbike was founded in Leipzig in 2004 and runs public bike rental systems in more than 60 German cities and currently 27 countries. nextbike considers itself as a sustainable component of public transport. The company is one of the leading providers of bike sharing systems. As a pioneer, the company has been innovating for more than 13 years and operates in more than 150 cities worldwide, such as Dubai, Berlin, Pittsburgh and Warsaw.
The core area of their expertise is to integrate bike sharing into public transport, thereby meeting the mobility needs of modern cities. The business model is based on cooperation with cities, transport companies, universities and companies because nextbike’s goal is to sustainably and profitably operate bike sharing.

This press release is issued by Sachsenring Bike Manufaktur GmbH, which is explicitly responsible for the content.