A partly British-built hybrid electric plane could be flying by 2020 as the result of a collaboration between Airbus, Siemens and Rolls-Royce. The manufacturers will convert a short-haul passenger jet, paving the way to making commercial air travel running partly on electricity a reality. 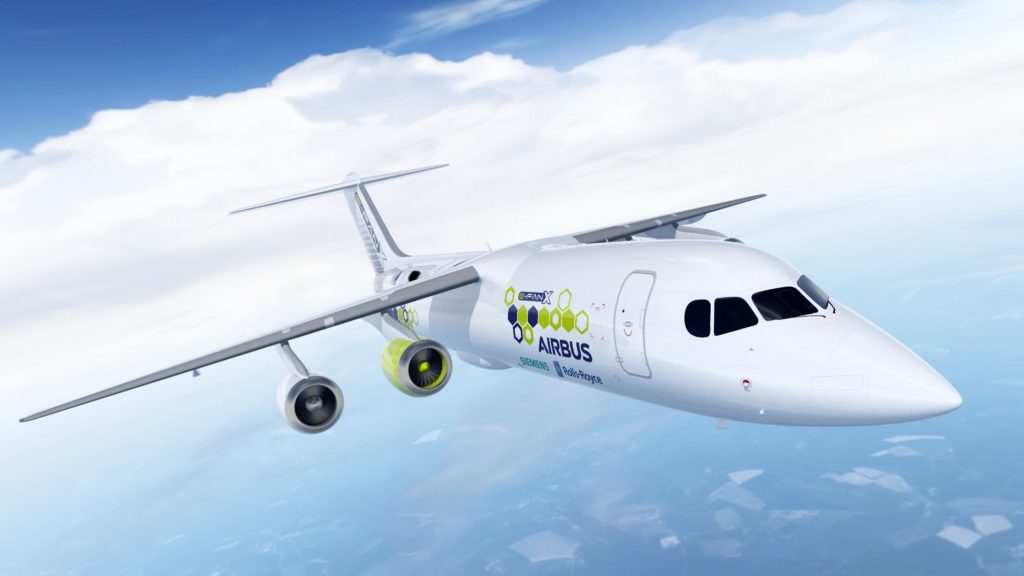 Engineers involved in the E-Fan X project said the technology could mean cleaner, quieter and cheaper journeys. They also raised the prospect of radically changing aircraft and airport design, allowing air travel to supplant rail for many more intercity journeys.

The companies are in talks with the British government to partially fund the joint project, which could cost hundreds of millions of pounds.

They aim to build an E-Fan X demonstration model based on a BAe 146 aircraft in which an electric unit, powered by an onboard generator, replaces one, and eventually two, of the plane’s four gas turbine engines.

Airbus flew a single-seater electric plane, the E-Fan, across the Channel in 2015. The E-Fan X passenger jet will require more than 30 times the power, two megawatts, for a single electric engine.

Mark Cousins, the head of flight demonstrators at Airbus, said: “We decided we needed to be more ambitious because the world and technology is moving so fast.”

A number of airlines were interested, he said. “The objective is to reduce environmental impact and significantly reduce fuel burn.”

Paul Stein, the Rolls-Royce chief technology officer, said: “Aviation has been the last frontier in the electrification of transport, and slow to catch up. This will be a new era of aviation.”

Electric motors, which can be tilted more easily, could lead to radical changes in overall plane design. Quieter and cleaner travel could also mean airports situated much nearer city centres and, particularly in the developing world, less need to build or maintain infrastructure such as rail lines, Stein said. “It has the potential to move mass transport from rail to air; flying might become the norm.”

For now, challenges include accommodating the weight of a two-tonne battery storing electricity onboard a small plane. Frank Anton, the head of eAircraft at Siemens, said: “We have to get more than 10 times the power out of the same weight.” 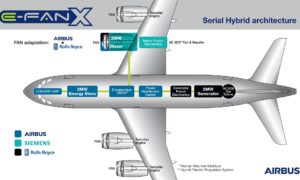 However, Anton said he believed he would one day buy tickets for short-haul commercial flights using hybrid electric planes.

The addition of Rolls -Royce to the Airbus-Siemens collaboration will step up the race to transform gas turbine aircraft.

Earlier this year, easyJet said it hoped to be flying planes powered by batteries rather than jet fuel within a decade on shorter flights. The airline has signed a deal with the US engineering company Wright Electric to support the development of electric aircraft that could reach Paris and Amsterdam from London.

Carolyn McCall, easyJet’s departing chief executive, said it was “a matter of when, not if, a short-haul electric plane will fly”.

Wright Electric has operated a two-seater prototype but hopes to develop a single aisle, commercial plane able to carry 120 passengers.

Another US company, Zunum Aero, backed by Boeing, is building a 12-seater hybrid electric plane that it claims could hugely reduce operating costs for private jets. It has said the planes will be ready by 2022.