In Europe all the right things are in place to make for an explosion in electric vehicles – legislation, customer incentives and even the threat of a competitor in the form of Tesla – but sales are still wheezing along at the 1.8% mark. Could it be down to enthusiasm for the technology on the part of EU automakers?

Last week a senior BMW executive said at GoAuto in Paris, “A very optimistic scenario says 30 per cent of BMWs will be pure electric or plug-in hybrids and 70 per cent will be combustion. If you assume that, from this 30 per cent, half of them are plug-in hybrids – I have 85 per cent in my portfolio in 2030 with a combustion engine.”

It has recently been suggested that to combat a climate catastrophe, all cars sold should be pure electric by 2030. Countries in the region are legislating that this should be the case give or take 5-10 years.

Carrot and the stick

In September, Automotive News Europe reported, “From the auto companies’ perspective, it’s clear that switching to electric is largely a response to legislation rather than consumer demand.”

The article also said that one executive at Fiat Chrysler Automobile (FCA) described the EU’s green legislation as,  the “most challenging regulatory/consumer environment in the world.”

There is some consumer drive – FCA has said that due to plummeting consumer demand it is to drop diesels from its EU sales by 2021. Even with the €5000 plus incentives that governments are offering toward the price of new EVs, people aren’t ditching diesels for EVs. Automakers say that this is due to lack of consumer demand.

The scent of dissent

There could be a lack of consumer demand due to a lack of interest in selling EVs on the part of car manufacturers. Automotive News Europe again: Former CEO of FCA, “Sergio Marchionne, famously asked consumers in 2014 not to buy its only electric car, the Fiat 500e, because the company lost $14,000 for each one sold.”

Yes, car companies seem to be actively holding back enthusiasm among the general public because they are unenthusiastic themselves. Research published in the Nature Energy journal reinforces this. According to Inside EVs, mystery shoppers were sent on 126 visits to 82 dealerships in 15 cities spread over five supposedly green, middle class EU countries — Denmark, Finland, Iceland, Norway and Sweden.

The study concluded, “Despite market differences, our mystery shopping and expert interview data show that dealers were dismissive of EVs, misinformed shoppers on vehicle specifications, omitted EVs from the sales conversation and strongly oriented customers towards ICEVs.” This is not a first study into dealerships’ attitudes and actually repeats similar findings from research into dealer attitudes the world over, over a good 5-10 years.

The research suggests that conservatism on the part of car makers’ management is leading to dealerships going out of their way to discourage people from buying an electric vehicle. They have been hog tied into making them but like truculent children seem to be doing the bare minimum to actually sell the things.

It is possible to legislate a car maker’s mojo for selling EVs. China’s doing it. Next year all Chinese automakers EV sales will have to reach a certain proportion of their overall sales or they could ultimately be put out of business. The Nikkei Asian Review reported that this seems to have given the companies a jolt into being enthusiastic about selling EVs: “According to the China Association of Automobile Manufacturers, sales of new energy cars reached 412,000 vehicles in January to June, more than doubling on the year. For passenger cars alone, sales rose 130% to about 350,000 cars, the China Passenger Car Association said.”

China may be a one party state run by a President who could teach Donald Trump a few things about being a despot. This isn’t a particularly despotic move by comparison to ‘reeducating’ Muslim Uighurs in concentration camps for example!  Where there is a real need to get sales going due to a problem facing the planet, forcing the market to act could well be the answer. Only when companies stop behaving so reluctantly about ‘market demand’ and actively encourage that demand then we will see real change. 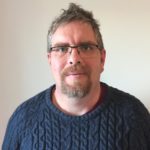 Richard Shrubb is an electric and autonomous vehicles writer based in Dorset, UK. Writing about everything EV he drives a hybrid Toyota Auris and rides a Haibike eMTB for fun and getting the family about. Visit www.richardshrubb.com to learn more about him and what he does.