The Innolith Energy Battery is the breakthrough in Battery Technology

Swiss battery tech startup Innolith have announced they are developing a new EV-Car Battery that could top 1000 Watt hours (Wh/kg), around four times the energy density of EV-Batteries in use today. This could well be a major answer to the problem of range anxiety levelled at EV’s today.

The problem with lithium-ion batteries
Developed just over 25 years ago, lithium-ion (li-ion) batteries helped stoke a revolution in battery
energy density. They are much denser than nickel cadmium batteries and lead acid batteries that
were used up to then. The Washington University Clean Energy Institute reports, “They have one
of the highest energy densities of any battery technology today (100-265 Wh/kg or 250-670 Wh/L).
In addition, Li-ion battery cells can deliver up to 3.6 Volts”. They still have a long way to go before
they reach anything like the energy density of gasoline, which has around 12,500Wh/kg. 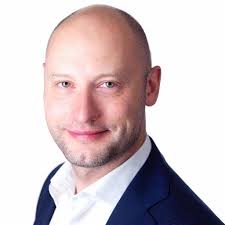 “The EV-Revolution is currently stymied by the limitations of available batteries”, explains Sergey Buchin , CEO of Innolith AG. Li-ion batteries have been tweaked over the years so energy density has grown at a rate of 5-8% annually in recent years.

The chief problem is that they can catch fire because spikes called dendrites form between the
anode and cathode and meet, shorting the battery. Battery chemistry has changed to prevent this
in some way, but usually at some cost to cell weight, so less of the weight is given over to charge
storage and more into fire prevention. Reducing this excess baggage and increasing energy
storage is the ultimate aim of battery chemistry.

Scroll down for video 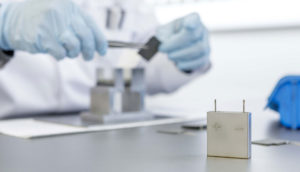 “This new breakthrough has been made possible by years of dedicated research into all aspects of
inorganic electrolytes and their application to rechargeable batteries,” comments Innolith
Chairman, Alan Greenshields. “Simply put, the experience gained in how to build high power
batteries with exceptional robustness and cycle life has proved to be the right basis for building
high energy products too.”

3-5 years to widespread use?
The company believes we could see its batteries in EV’s in as few as five years. According to Drive
Spark, “Initially, the company plans to use the new battery pack in a pilot production run in
Germany. After the pilot production, the company plans to enter into licensing partnerships with
battery manufacturers and automotive companies interested in its new high-density battery pack.”
Given the consumer driven need for greater range battery packs without compromising on weight,
we can see automotive companies queuing up to license this new battery tech!

Could this new battery shatter the ceiling of current Electric Vehicle Batteries?