The mainstream media loves to trash electric but it is going to bite back hard in the next 24 months –  we believe internal combustion engines (ICE) are reaching the end of the road. 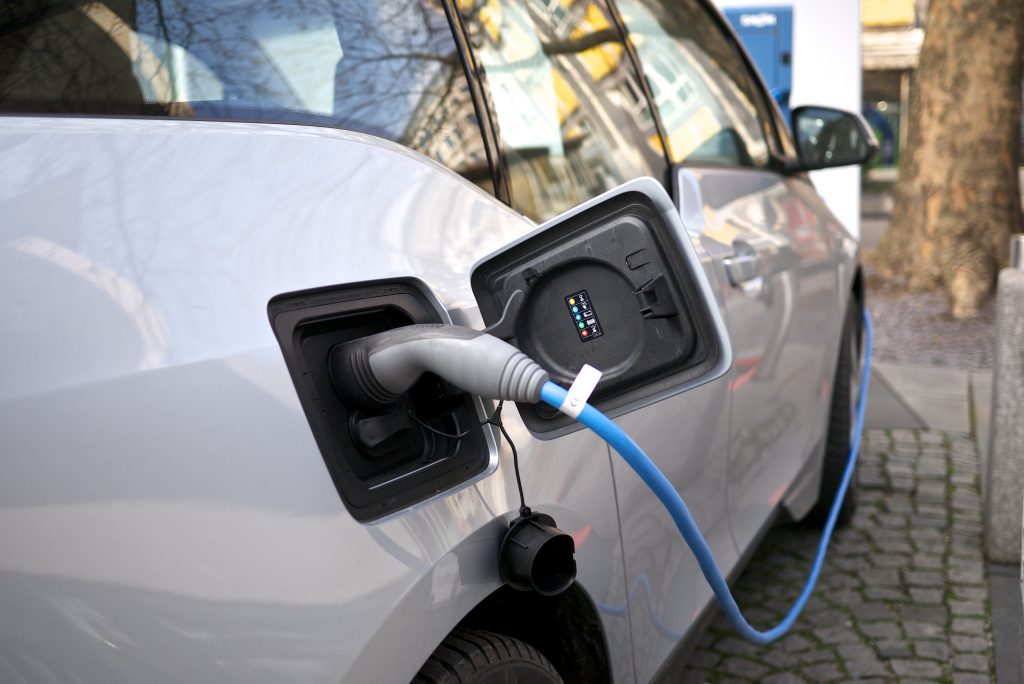 One of the pet moans of the Range Anxiety lot is that it takes hours and hours to charge your car (even though most people need eight hours to sleep, a similar time to a full car charge). This is why a new system of 32 amp, 22kW chargers are coming on-stream. Most houses currently have a 13 amp fuse but with a beefed up three phase, 32 amp a/c electrical system you can achieve a 22kW output. If you have a car capable of being fast charged like this on a regular basis (perhaps a new Leaf) then this could allow you to do the nearest thing to a ‘splash and dash pitstop’ at home.

This isn’t advisable every day – a taxi company would burn through its battery packs should it have a car on the road 24/7/365 getting fast charged every day for example. This is because battery chemistry requires a slow charge fairly frequently so dendrites don’t build up on the electrodes. Dendrites of lithium soon enough short circuit the battery and you have problems. The onboard software would limit your input to prevent it anyway… This is a luxury toy rather than a must have! 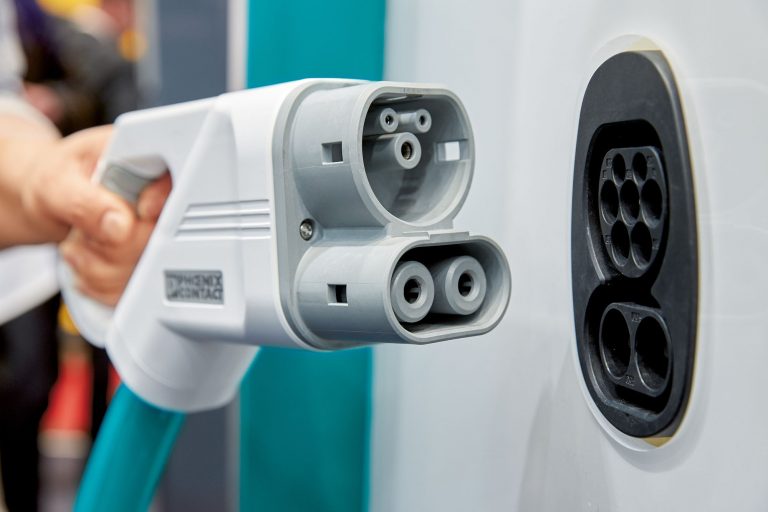 350kW fast charging on the road

The EU is rolling out a 350kW fast charging network on its main routes.

As TheDriven.io quip, “Which, after travelling 450- 500 km if beginning on a full charge, you should be stopping for longer than that anyway!” This just proves the silliness of the range anxiety complaint…

Don’t go wiring up a first generation Leaf to it as you will have a fireball on your hands if it even let you go for the full shebang! The only cars that will take it aren’t on the road yet. The Porsche Taycan is the next one but we will see who does what after that… 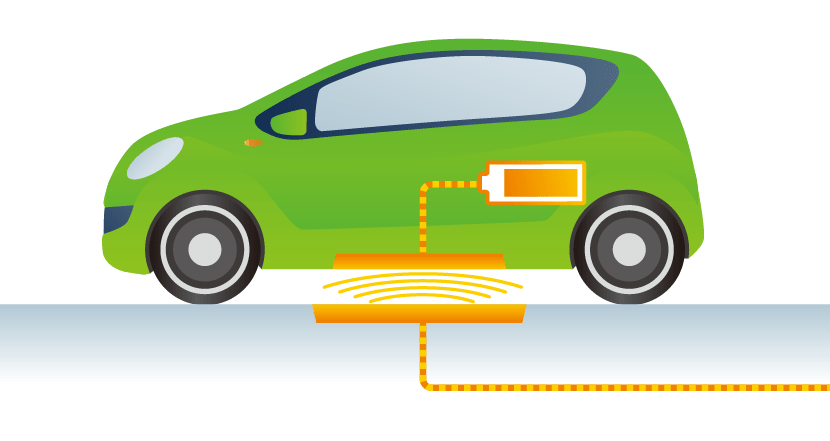 Yup – just like your cellphone you will one day be able to whack in a charge without even stopping your car to charge up! Though quite inefficient at the moment – a lot of energy is lost in the gap between energy source and receiver – it could mean that people don’t have to worry about plugging their vehicle in.

Qualcomm are leading the way on this: “Imagine a future where you’re in your EV on a highway and able to pick up charge while driving Now imagine a slow-moving taxi queue of EVs being able to pick up charge even in traffic. These scenarios are all possible with Qualcomm Halo dynamic electric vehicle charging (DEVC). Based on our WEVC technology, which allows cars to charge while parked, DEVC — charging while driving — has been tested and proven.”

Installing a charging system like this could cost as little as €1.5 million a mile and take about a day a mile to put in place. Not too costly as road improvement projects go!

While Total Cost of Ownership on ICE and BEV cars are about equal, people get worried at the excessive capital costs of a BEV. Here in the UK you can buy a mid sized Ford Mondeo estate for around £200 a month but a much smaller, decent new Leaf will cost upwards of £350. The floor is about to be blown out of the market: according to Forbes, Chinese battery maker Envision CEO Lei Zhang said at Stanford University’s Global Energy Forum… ”I have something to add on to Arun’s comment,” Lei said. “He mentioned by 2022 we are able to reach $100 per kilowatt hour, but I say we are able to arrive much earlier. By 2020 we are able to deliver the cost of $100 U.S. Just recently we bought a Japanese battery company, so we have very detailed analyzed this trend of cost, so we are able, probably by 2025, to achieve $50 U.S. dollar per kilowatt hour.”

That will smash the capital costs per kWh and make BEVs cheaper than ICE vehicles in one hit! 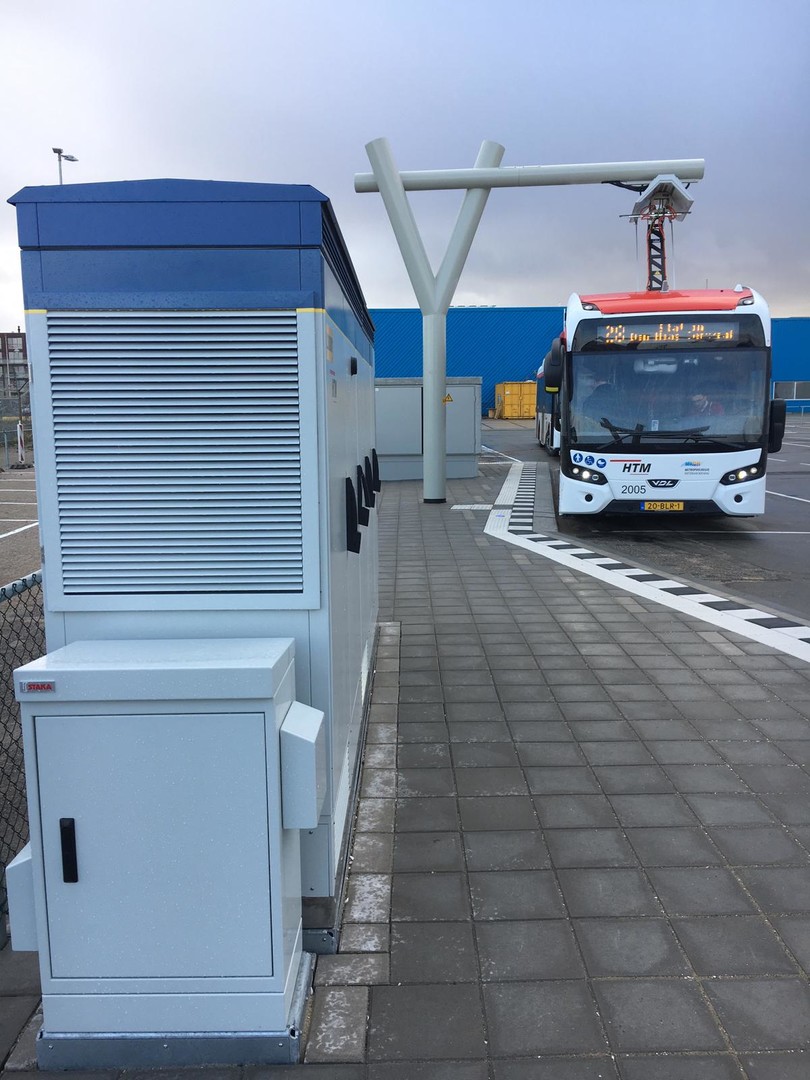 While countryfolk like me need a car city folk with a decent transport system really don’t. Electric buses are a huge industry but are being improved even more with a Dutch company’s splash and dash fast charging technology.

According to Heliox: “The buses will be charged with opportunity charging (fast charging at end stops). To facilitate the introduction of electric bus systems in European cities, Volvo and Heliox together with several other manufacturers of buses and charging infrastructure agreed this spring to an open standard interface between electric buses and chargers. The OppCharge system includes automatic contacting by a pantograph, wireless communication, contacting plates and infrastructure equipment that automatically contacts vehicles with a pantograph. Since the equipment features standardised open architecture, every city is able to make its own individual choice of charging infrastructure supplier. This also means that the same charging stations can be used by electrified buses of many different makes”.

Excuse by excuse, every reason to go ICE is being zapped by BEV charging and energy storage technology. All we need now is for attitudes to catch up with technology and we can soon wave goodbye to a carbon intensive economy. This is because things are getting cheap enough that market forces are doing the job for us!