As demand for electric cars rockets in some markets so automakers have run into a battery supply
problem. Without the batteries for the new models of EV such as the Volkswagen eGolf, Hyundai e-Kona and Kia e-Niro, car manufacturers simply haven’t been able to make as many cars as they have had ordered. This is why a number of new partnerships between car makers and battery manufacturers have emerged.

Japanese electronics giant Panasonic has had a longstanding relationship with Tesla for which it produces cylindrical cells for the industry leading Model S, X and 3. This has enabled Panasonic to dominate the market for many years. Even as Tesla talks to other battery makers as demand for its

newer models had grown, so Panasonic has cast its eye on other automakers. Toyota and Panasonic have just done a deal this year where in a joint venture the companies will produce batteries for a range of different clients. Though Toyota owns 51% of the company, Panasonic will market the batteries to different car makers even while supplying batteries for the new Toyota EV lines that will go on sale in the next few years.

Volkswagen has had real problems in meeting demand for its e-Golf, which is now one of the most popular hatchback EV’s on the market today. This appears to be the reason that it has linked in 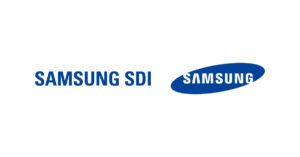 with Samsung SDI , which has built a new battery factory in Hungary. Though 2,100 units a month is positively bijoux for VW, the Samsung SDI factory opening has meant that it has been able to significantly increase output to that level.

Scandinavia has some of the highest demand per capita of population in the world for EVs. This is why the Contemporary Amperex Technology Co., Limited (CATL) winning a contract with Saab’s successor National Electric Vehicle Sweden (NEVS) has been a real success for the new entrant

to Chinese battery manufacturing. In 2017 the company announced plans to reach an output of 50GWh a year by 2020 and currently makes 17% of the world’s EV-Batteries. CATL also supply EV batteries to Honda. In February it was announced it was to produce 56GWh of batteries until 2027 for all of Honda’s BEV and PHEV vehicles. It has emerged that CATL talked to Tesla about supplying them too but the fact is Tesla likes to flash its eyelids at many companies and only goes into partnership with relatively few!

South Korea’s SK Innovation bets on Europe’s and China’s electric vehicle demand and is planning to invest $10 billion in battery cells, which will bring them into a global leader as the car industry pushes to bring more and more different models of electric vehicles to the masses.

In the days before electric vehicles, car manufacturers rarely had problems in production that
couldn’t be ironed out by improving internal processes. Particularly with the essential mineral
cobalt being in short supply, there are real limitations as to how many batteries can be made and
therefore how many cars produced. From automakers being the big beasts in the car supply chain,
it now appears that the battery makers are: they decide whom gets what batteries and when. Car
manufacturers are realising this and it seems, are queuing up to court the best battery makers in
hope that they can ensure that the automakers can meet consumer demand. This is why the new
partnerships are so interesting – it show the long term bets that the automakers are making in the
hope they can supply the projected growth in the global EV-Market.