On March 16 Herbert Diess, Chairman of the Board of Management of Volkswagen AG published
an article on LinkedIn where he called for a ‘Masterplan’ to drive electric vehicle purchase and use.
While he and his Board colleague Thomas Ulbrich (in an earlier speech) seemed to be calling on
Germany to create and lead that Masterplan, couldn’t the EU do the job better?

Diess wants a ‘Masterplan’
Diess’s article on LinkedIn, entitled “Leittechnologie Elektromobiliät: Warum wir uns entscheiden
müssen” discussed the urgency of changing vehicle use from internal combustion engines to
electric and hydrogen vehicles to meet the demands of the Paris Climate Accord. He wrote
(translated from German), “All German manufacturers are investing massively in the expansion
and ramp-up of electric mobility, especially Volkswagen. Politicians and associations must no
longer pretend that there are alternatives of equal value.”

He cited the issue of hydrogen fuel cell vehicles, and argued that for that to be a feasible
competition to battery electric vehicles, it would require an investment of €60 billion in Germany
alone. However ‘electromobility’ – battery-electric – is far more advanced with an infrastructure
growing quickly and sustainably. 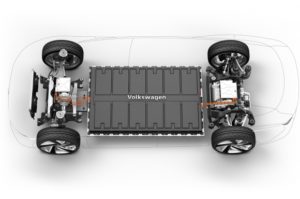 Other calls from VW for the ‘Masterplan’
It seems that the Board of VW are singing a collective tune that that company in competition with
others such as BMW , Daimler Benz and other non-German majors like GM and Renault cannot do
it alone. 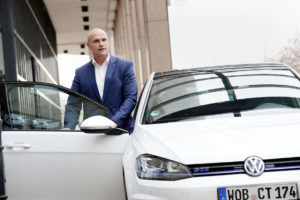 In a news release VW announced that Thomas Ulbrich, Board Member responsible for e-mobility, called on the German Association of the Automotive Industry (VDA) for the Masterplan to be introduced. He said in the conference ,“We are serious about our e-offensive. But we can’t do it all by ourselves, we have to work together.”

Co-opetition vs competition
Co-operative competition or ‘co-opetition’ is a concept where players can still compete vigorously
while working together towards a shared goal. The classic example here has to be the drive to
move over from internal combustion engines to battery electric. That could however dice with the
law should co-opetition become so cosy it is misinterpreted as cartels. This may well be why Diess
and Ulbrich called on the VDA for support.

Oliver Wittke, Parliamentary State Secretary for the German minister of economics and energy said at the VDA conference, “Lawmakers can create the regulatory framework, but the innovations have to come from the industry itself.” For the Masterplan to take place then the regulatory space must be made for co-opetition to take place – the manufacturers would write the Masterplan under
the eyes of legislators and regulators.

National and supranational bodies
Germany has a national culture where the environment is highly valued by its citizens. You just
need to head north of the German border to Poland and you will see that the economy is perceived
as a priority over the environment and that with coal mining and heavy industry such important
figures in the economy, Germany’s savings on CO2 are almost displaced by its neighbour.

Diess said in his article, “It is about politics, companies and society focusing their strength and
resources on a lead technology for the future.” The politics of one country can be one thing and in
another another. You just need to look across the North Sea to my own errant island to see just
how different politics can be from Poland and Germany, even with our supposedly world beating
climate change legislation!

Could this mean that that for Electromobility to really take off we need a supranational
organisation? Germany can lead that too, so no worries for Diess and Ulbrich there – the country’s
influence in the EU was once part of a tripartite relationship that has shrunk to just Germany and
France together thanks to a certain errant island disappearing…

The EU already has good, international emissions regulations. This doesn’t amount to a
‘Masterplan’ though. The EU website states , “EU legislation sets mandatory emission reduction
targets for new cars. This legislation is the cornerstone of the EU’s strategy to improve the fuel
economy of cars sold on the European market. Similar targets have been set for new vans .”

Diess and Ulbrich’s calls would need to translate to the supranational regulatory space, allowing all
major players in the automotive industry to come together without being accused of too much
cooperation. That way, no one country can lead the way but the biggest economic bloc of middle
weight consumers in the world. Wouldn’t that make the difference that we all need to save the
planet from our CO2 emitting excesses?